A Few Hairy, Scary Stories From the Farm


So what is it about hair that gets people all stirred up? 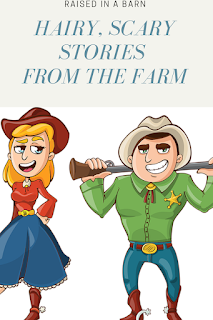 On a bad hair day, my hair went straight into a ponytail. Yes, the scriptures say that a "woman's hair is her crown and glory". I'm not even sure I know what that means.

I do know that men seem to love women with long flowing hair. And I know women spend 1,000s of dollars a year making their hair "just right".


My Own Hair Trials


I was born with 2 inches of dark hair. Unlike most babies, mine never fell out and by the time I was 6, I had long dark curls that draped down past my waist.
I never wanted to bleach my hair. I was sure to cover it well so that it wouldn't bleach out while I worked in the fields. I also recall that my biggest fear in life back then was getting a head injury and the doctors cutting off all my hair. Kind of funny, when you think about it because hair grows back. And I didn't seem to be worried about the actual head injury and what that might involve.


Long hair is a lot of trouble too.


Saturday nights were dreaded at the farm, at least by the girls. Three girls with long hair prepping for Sunday. What a tangled mess my hair could get into and what a pain combing it all out, not to mention those pink foam curlers with hard plastic clips that I had to sleep on every Saturday night. I swore I would never curl my hair again as an adult. And I'm pretty sure I haven't.  :)

And then there was the annual permanent. I never could figure why someone with curly hair needed a permanent but we got one anyway. My hair took to curls like a mouse to cheese. Talk about frizz. Every time I was a nervous wreck, especially after the time the well pumped blew up just about the time mom finished putting all the gunk in my hair. We had to run to the neighbors to rinse out my hair. (Actually, I think this was my only great perm because we got the rinse out earlier than usual.)

But women aren't the only ones obsessed with their hair.

Men can get worried about their hair too. My brothers were quite worried about becoming bald-headed. Dad, my uncles, and my grandfather all were bald from before the day I met them. They seemed to think it was just fine. It was definitely easy to care for. And in my mind, baldness stood for wisdom.

But my brothers looked at it differently.


We were growing up in the 70's and it was quite important for guys to wear their hair longer than my dad and grandfather thought it needed to be.

I recall one summer my cousins were up from Georgia. And all the boys were there in the kitchen with Dad and Grandpa. Grandpa said something about getting the clippers and giving them all a haircut. One of the teens, I think it was Mark high tailed it out the front door.

Now, our front door was a screen door with glass louvered slats about a dozen of them. When the door slammed shut, all those glass slats jumped out of their nest and came crashing to the floor! This problem was easily remedied, but..

Long Hair Can Mean Danger, too

We always had young teens around helping with the summer work. I've spoken
before about Pedro. His story was a bit scarier. We had a hay elevator which was used to load hay bales and carry them up to the barn loft. It had a motor at the bottom which turn an axel to moved the hay up the elevator. On one particular occasion, Pedro was loading hay onto the elevator. I'm not sure why he leaned down so closer but that axel grabbed ahold of his hair a began winding it onto the axel, pulling his head closer and closer. By the grace of God, my brother was nearby and pulled the plug to stop the elevator. Just in the nick of time. I believe it wasn't long after that when Pedro decided to cut his hair shorter!

I mentioned earlier that men love that long flowing hair. Well, one day my mother went to town and decided to buy a wig. Now Mom had that long thick hair like mine. She spent quite some time choosing the wig and having it styled and she wore it home. Now mind you, she had not told anyone she was going to purchase a wig.

When she arrived home she was met with some of the girls and we talked about how it looked. It was definitely a shock but we were getting used to it. About that time my younger brother, Alex (about 5 or 6 at the time) came from is playing because he heard his mother's voice.

"Momma!" he cried as he ran toward her.

But suddenly the brakes were applied. That wasn't Momma.. but maybe it was.

Well, there you have it. Some hairy, scary stories from the farm.

Do you have a hairy story? Please share it! 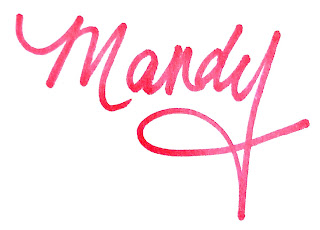 P.S. As you may have heard Google Plus is going away,


if you are following me there, you might want to follow by email here (go to top right) so you will continue to get my stories.
at 4:26:00 PM No comments: