I Don't Want to Play Anymore

"I Don't Want to Play the Piano Anymore!" 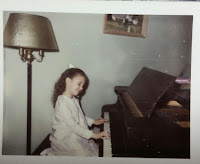 Did you ever watch someone doing what you are trying to learn and it just made you want to give up? That is how I felt whenever we went to family campmeeting every summer.


I don't remember the gal's name, but she could outright play the piano. I recall being in a youth meeting one time where she was there to play the piano for us. We were having a sing-a-long. People were shouting out choruses and we would sing them.

Two girls suggested a song but the pianist had never heard the song before. So the girls got up from the chairs and began to sing the song acapella.

The girls didn't even get through the first verse before the pianist was picking out the notes on the piano. By the end of the second time through, she was playing the song like she knew it all her life.


She played by ear. I talent I have never had. I truly do wish I could do it. I have picked a tune out in my living room but I have never played a song in public by ear. I just never had the confidence to try to do it.

As a teenager, I would tell mom how amazing this lady was. Then I would say, it just makes me want to quit playing the piano.

Thankfully, my mother would not let me do that. I kept taking lessons and practicing every day. I would sit at the piano for hours playing through entire books of music. My siblings got pretty tired of hearing me play.

But it was worth it. 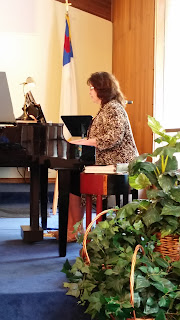 Now, I can play just about anything you put in front of me.

It's been a great blessing to our ministry. 'Cause pretty much every church wants to know if the preacher's wife can play the piano.

Plus, I've been able to teach a few kids to play the piano along the way.

I still wish I could play by ear though.


This post was inspired by the gals at Five Minute Friday. Where we are given a prompt and asked to write fo 5 minutes with no editing. This was my attempt to write on the prompt: 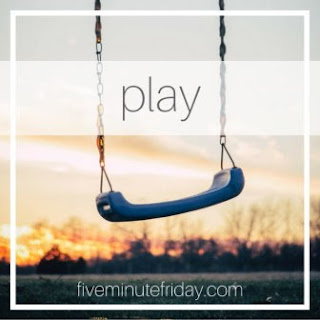 So, do you play an instrument? Were you ever tempted to quit playing? Let me know in the comments below.
at 5:11:00 PM No comments: