Found this picture of the farm. My parents sold it a few years ago, 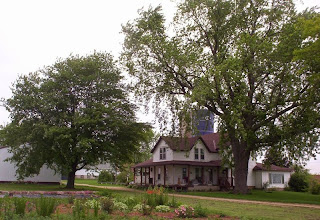 so there's no going back. A lot of memories on those acres! I'll challenge my siblings (and others) to post a favorite memory on the farm. Here's one of mine....
April 1975  - The first time I saw the home place I was 13. We had sold the farm in Ohio and had begun the chore of moving an entire farm to Wisconsin. We moved young cattle to help keep the barns warm. A neighbor was keeping them fed for us. I rode with my dad to bring a truck loaded with a feed bin. (There's a story in that, which I would like to forget, but my family won't allow me that liberty). UPDATE: Here's the story .. A Trip To Chicago
Anyway, It was  April and Mom had sent along some tulip bulbs to plant so that we would have some flowers right away. I don't know what the temperature was, but the ground was frozen solid and it was cold. Since I couldn't plant the bulbs, I left them in a cabinet in the house. When we returned a month later, the bulbs had sprouted. They were planted and soon bloomed.
On that first visit, I met several neighbors. We were invited to supper and had chili with macaroni in it. That was a first for me, but I think that was rather common in Wisconsin. I still prefer my chili without pasta! Another neighbor was of Polish descent. The father loved telling Pollock jokes. We had a ball sharing jokes. (A few years, later at a 4-H Christmas party, we had a gag gift exchange. He opened the gift he received and it was a polish coffee cup. Oh did he laugh at that.)
When the family arrived, we found it interesting that folks would ask us what nationality we were. We were kinda puzzled at that since our family has lived in the U.S.A. for generations and we had never been asked that before. We said "American".  You see, Wisconsin was still pretty ethnically divided at the time. Most towns were made up of basically one ethnic group. The elderly folks were actually from "the old country" back then. It was interesting to learn the traditions from different countries. 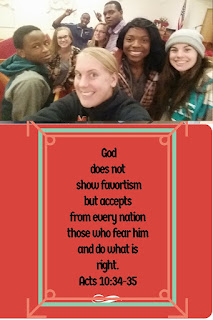 One town was mostly folks from Holland. Though we quickly learned the statement "If you ain't Dutch, you ain't much", we were quickly welcomed. In fact, we attended church there. Everyone was tall and blonde. If you could see us (since we were short), you could easily pick us out in the crowd. We're the ones with dark hair. Their names all began with Van or Vander or ended in 'sma' or 'stra'. I said that we should change our name to "Van Dawsma".
Wisconsin is a beautiful place and has beautiful people. Though they are separate in some ways, Wisconsin is a true melting pot. So glad they were like God in this.
Okay, friends and family ... It's your turn. Share a memory from the farm.
I'm waiting .....
at 12:25:00 AM No comments: